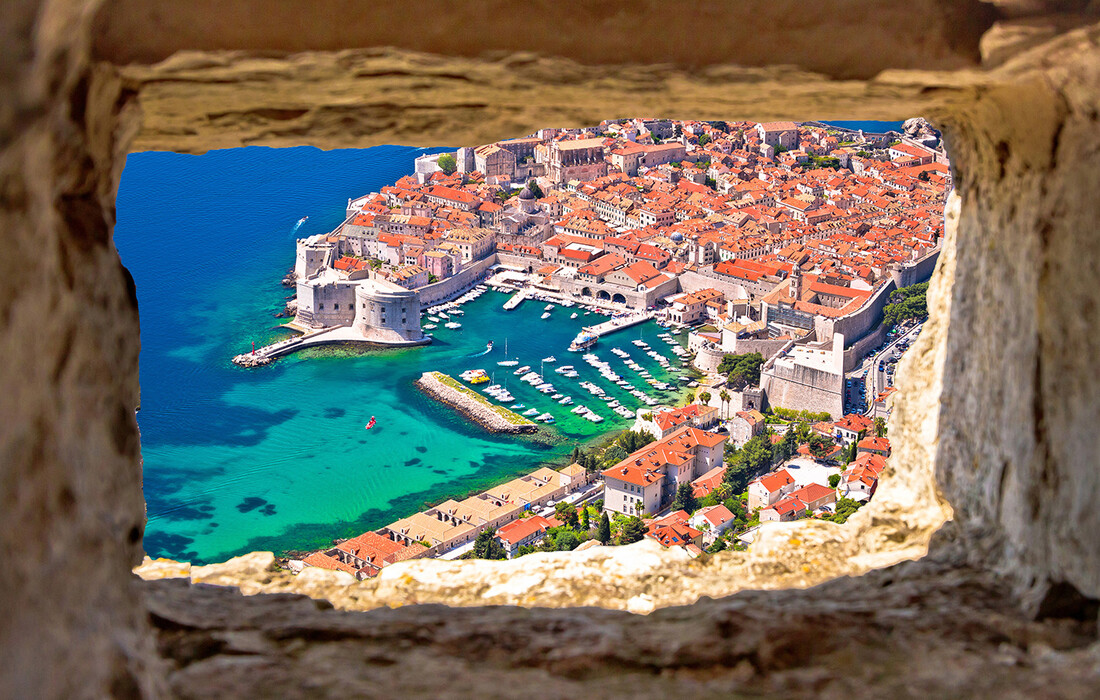 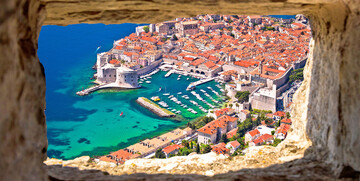 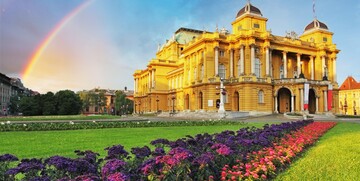 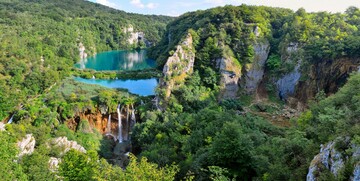 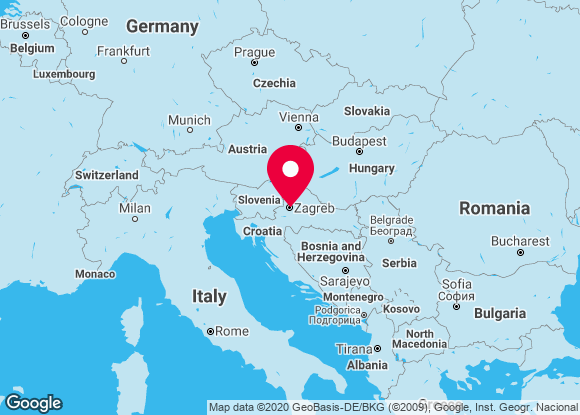 Transfer on the day of the tour from Zagreb airport, or another hotel in Zagreb to the tour hotel, rest of the day at leisure. Dinner and overnight in Zagreb/Zagreb area/.

Morning sightseeing tour of Zagreb, Croatian capital city, gives you the opportunity to see the fortified Upper Town, the city’s historical center, St Mark’s church with its multi-colored roof, the Cathedral, Croatian National Theatre and the University. Through the carved facades of buildings and baroque churches, we see many green spaces and terraces of cafes where the locals like to gather. Early afternoon departure to Bled, small town in the Julian Alps which could be a setting for a classic fairy tale: immense natural beauty with mountains and forest surrounding an emerald glacial lake, an island in the middle of the lake with a church steeple and its wishing bell, a cliff top castle with picturesque views, and a well-known sweet treat. Bled, together with its surroundings, ranks among the most beautiful alpine resorts and is renowned also for its mild, healing climate and thermal lake water. Dinner and overnight in Bled/Bled area/.

Morning departure to Ljubljana, Slovenian capital where you will have a guided tour of the most significant sights of its old center: the picturesque Central open-air Market and the Three Bridges, the Baroque Town Hall and Robba’s Fountain. After Ljubljana we are continuing our journey to Plitvice lakes, well-known UNESCO World Heritage Site, natural beauty of the 16 crystal - blue lakes cascading into 92 spectacular waterfalls. Walk on the wooden promenades with magnificent views on the waters where every turn leads to a breathtaking scenery and yet another waterfall. Surrounded by dense woods, Plitvice lakes are a natural phenomenon of rare and unique beauty. Dinner and overnight in Plitvice area.

Morning departure towards Zadar, where upon arrival we'll be taking you for a guided walking tour through the Roman Forum from the 2nd century BC, passing by the 9th century pre-Romanesque church of St. Donatus as well as St. Anastasia church. Departure to Split. This afternoon our guide will uncover for you the secrets of the UNESCO protected Diocletian’s Palace and its cellars. This Roman emperor spared no expense for the construction of a sumptuous residence, importing best quality marble, sphinx and columns. The original palace was modified by its new inhabitants during the Middle Ages, but making it even more beautiful and what it is today: the city's living heart. Its narrow streets hide passageways and courtyards, some deserted and eerie, others lively and animated by the music from bars and cafes, or by the everyday life of its residents. Embarkation on Adriatic Paradise Cruise, Dinner and overnight Split.

Late in the morning we will set sail towards Hvar, known as the sunniest island in Croatia, famous for its endless fields of lavender and rosemary, its beautiful coast and lovely historical towns. Your destination is the town of Hvar, a town of immense beauty that buzzes with vibrant energy in the summer sun. Upon arrival, our expert local guide will take you for a walk around the ancient streets of Hvar. After the guided walking tour* of Hvar we will set sail to Korcula Island. Along the way we will stop for a swim near beautiful islands (Pakleni otoci), known by very warm sea. After the swimming break the Dalmatian fried fish will be served for a snack. Arrival in Vela Lula (Korcula Island) in the late afternoon. Dinner and overnight in Vela Luka (Korcula Island).

Monday morning after leaving the stunning beauty of Vela Luka, your Captain will hand-pick a bay for you where he will drop the anchor. You can hop into your swimsuit and have a swim in the crystal-blue Adriatic, surrounded by pine trees and the sound of crickets. After the swim break you will continue sailing to Pomena on the island of Mljet. Island of Mljet on its western side houses National Park Mljet, known for its immense beauty and its two turquoise salty lakes surrounded by thick forest. Upon arrival you will have plenty of free time to explore the park individually, for example, by renting bikes and cycling or jogging on the numerous paths around the lakes or in the forests. If you feel like just relaxing you can hop onto the small boat that will take you to a tiny island on one of the lakes, where you can discover a monastery and a church of St. Mary’s built in the 12th century and enjoy a cup of coffee with the view and the quiet. In the late afternoon we will depart towards Slano. Overnight in Slano.

After breakfast you are free to take optional guided tour Taste of Dalmatia –you will visit Ston small town famous of its 5 km long city walls (the longest one in Europe) and visit a local vinery where you will have opportunity to taste some finest Dalmatian wines. Later, we set sail to the Lopud island for a short swim and continue to Dubrovnik and cruise beneath Tje City Walls. In the late afternoon, you will be transferred to the Old Town gate where you will be joining guided tour* of Dubrovnik. Our local expert will show you around this fascinating world-known landmark, an ancient town protected by 13th century fortifications. Dubrovnik was for centuries a standalone Republic and the only power able to compete with the Venetians. Overnight in Dubrovnik.

Excursion to Montenegro after breakfast. Located less than an hour's drive from Dubrovnik, Montenegro offers an unforgettable experience; exceptional natural beauty in combination with a rich history and culture. Beautiful beaches, clear waters and gorgeous mountains that plunge into the sea will greet you upon your arrival to the Gulf of Kotor. Encircled in the mountains, the innermost bays of the Gulf, Risan and Kotor, are the earliest inhabited areas with evidences of civilization dating from Illyrian, Roman and early Christian periods. This is a land where the mountains descend almost directly into the sea creating a surreal atmosphere. Overnight in Dubrovnik.

Morning departure from Dubrovnik to Korčula. On our way to Korcula we will have a short stop for swimming and relaxing on one of the beautiful Elafiti Islands. Lunch will be served on board before the late afternoon arrival to Korcula, the alleged birthplace of the famous explorer Marco Polo. After arrival guide will take you for a walk* around the town of Korcula. You will hear of its long history, ingenious building strategies, peculiar building layout and a legend of a great merchant traveler Marco Polo who was born and spent his childhood in the streets of Korcula. Overnight Korcula.

Sail towards Brač. The Captain will  make a stop for refreshing swim in a secluded bay, after which you will continue your journey towards Pucisca. After docking at Pucisca, you can join a short visit* to a stonemasonry school nearby where you will learn of the Brac limestone and their centuries-old tradition of stonemasonry and the unconventional tools they use before we continue our journey to Omiš ( a town known for two things: stunning beauty of the river Cetina canyon and its historic pirates). Upon arrival you are free to take an optional Cetina river trip. Dinner is taken on board if you have a full board option. Overnight in Omis.

Disembarkation after breakfast by 9:00 AM. 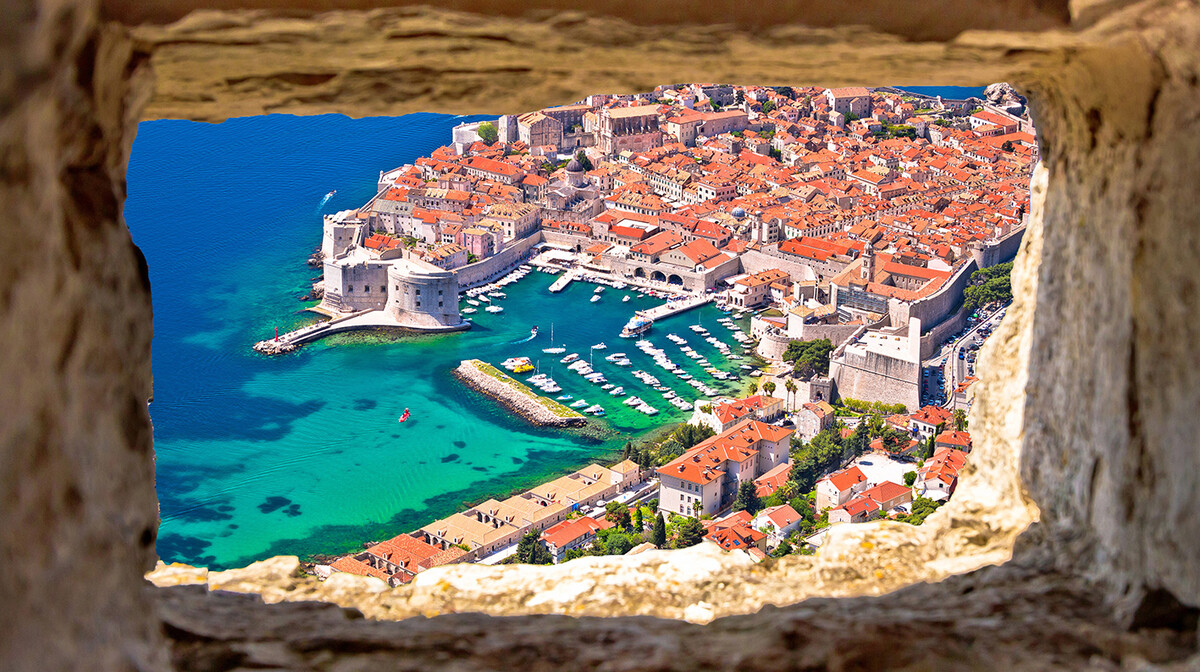 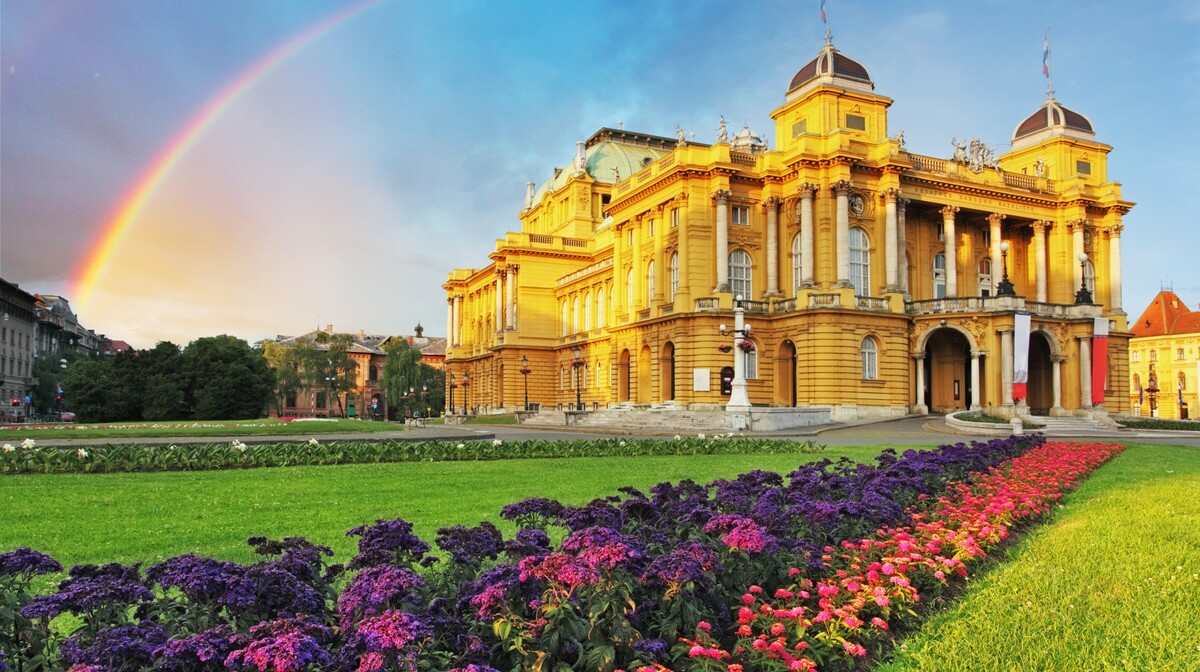 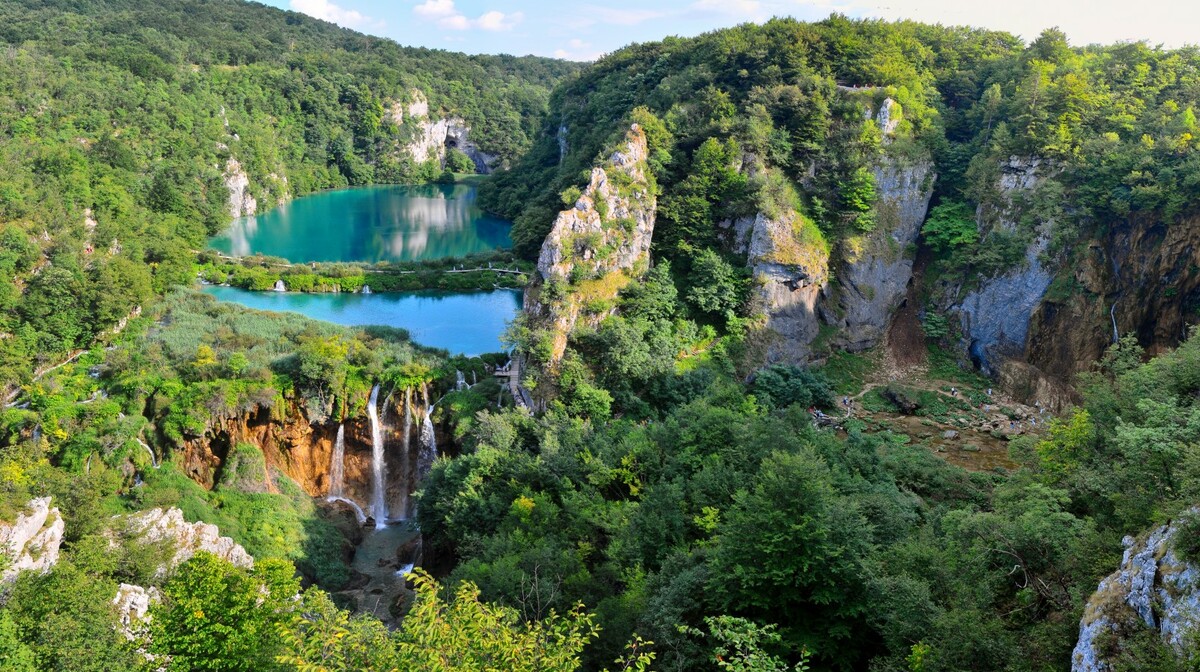 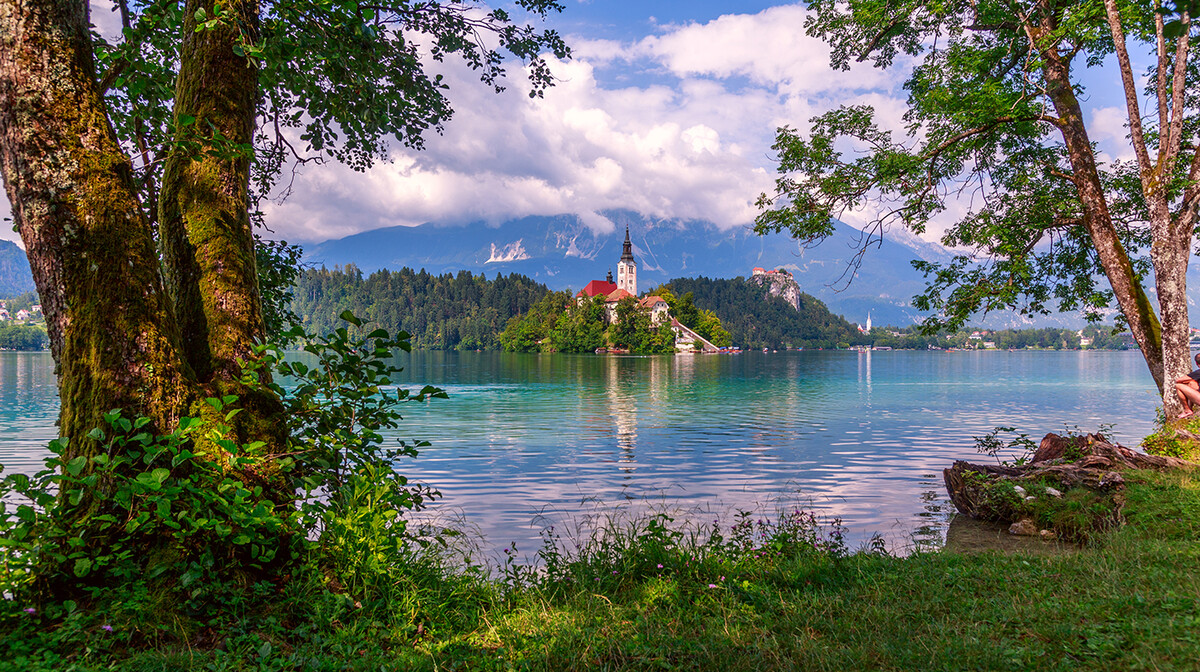 air-conditioned vehicle with driver at group's disposal as per itinerary.

Experienced tour leader throughout the trip as per itinerary.

Hotel accommodation on half board basis (breakfast & dinner) as per itinerary

- Beverages other than included (see above)
- Beverages can be purchased in the bar only
- Gratuities  or any other expense of personal nature
- Taxes and fees, € 40,00 per person, to be paid on board in cash
- Laundry service at selected ports of call
- Beach towel hire
- Entrance to National park Mljet

MB YOLO will be commissioned in 2019, luxury class. The boat is 48,5 m long, 8.5 m wide with a cruising speed of 9 knots. Her capacity is 38 persons. She has 18 ensuite cabins on the main and lower deck, and all are fully air-conditioned.

Cabin furnishings include a cupboard, a cabinet and a window or a porthole. All cabins are equipped with power plugs, LCD TV, safe. Bathrooms are fully equipped with a shower, toilette, hairdryer and a vanity with a sink.

OTHER PARTS OF BOAT

On the main deck and the upper deck there is one bathroom with showers. Upper deck houses a fully air-conditioned salon-restaurant that sits all guests at the same time with a fully equipped bar and LCD TV. At the rear of the boat you can find a shaded lounge area with club tables and comfortable sofas. Top deck, also called the „sun deck“ offers 160 m2 of space and is equipped with sun tanning chairs and jacuzzi also WIFI is available free of charge in the salon and in the rear part of the boat.

**Optional excursions (available only on spot)

Cruising route is subject to change depending upon weather conditions. Departures are guaranteed. Elite Travel reserves the right to change the vessel provider in case the contracted services are not supplied according to the previously agreed standards. Guests are obliged to follow ship rules (found in written form on the ship) especially with regards to bringing drinks on board. In case of bad behavior Elite Travel/captain reserves the right in asking clients to disembark.

Tour is not suitable for persons with restricted mobility.